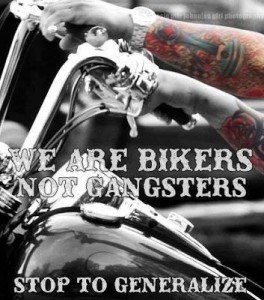 Andrew Bale, solicitor, an accredited specialist in criminal law, put together this article to shed some light on Queensland’s New Criminal Organisation Laws.

ON 15 OCTOBER 2013, the Queensland Government introduced legislation to the Parliament which can only be said to be shocking, draconian and unprecedented.

This paper serves to spell out in plain English some of the highlights and lowlights of the Government’s decision to introduce this legislation and their proposed crackdown on what they term ‘Criminal Motor Cycle Gangs’. This term was invented very recently to replace another Government invented term of Outlaw Motor Cycle Gang. It seems the Government is determined to pass laws which, on the face of it, are neither constitutional nor compliant with anti discrimination laws in Australia.

The laws seem open to challenge on any number of fronts. Rather than go through the lengthy process to prove an organisation is involved in ‘serious criminal activity’, the Government has decided they can simply declare certain groups to be ‘criminal organisations’, and bypass the power of the Supreme Court.

When the Finks MC contested the laws in the High Court, the High Court said the Supreme Court could declare a group a ‘criminal organisation’ only after proper material was placed before the Court and the police went through a number of checks and balances. This is different from the new laws. This is the Government saying they can declare any group a criminal organisation.

This will need to be contested in the High Court. Until the point is taken with the High Court, the new laws will remain in force. Urgent action is required for those who value their rights.

Changes to the Criminal Code

The Government has introduced new Sections 60A, 60B and 60C. Section 60A makes it an offence for participants in criminal organisations being knowingly present in public places. The penalty is a minimum six months imprisonment to a maximum of three years imprisonment.

A public place takes its normal meaning and includes places such as hotels, bars, sporting facilities, parks and the like.

Section 60B makes it an offence for a member, nominee or prospect, associate or ‘hang around’ to go to any of the premises set out in the schedule—essentially any clubhouse. The penalty is a minimum of six months actual jail.
Section 60C makes it an offence to recruit new club members, and also carries the six month penalty.
These laws also apply to people in prison. All letters, phone calls and visits are likely to be monitored for evidence of recruiting and intelligence gathering.

Some Scenarios To Consider

Persons A, B and C go to the Breakfast Creek Hotel. Person A and B are members of a motorcycle club declared to be a criminal organisation. Person C is not a member of any club. When they walk into the hotel they see, in another part of the hotel, persons D, E and F. Person D is also a member of a declared club. Person E is a nominee or prospect for the club and person F is a ‘hang around’. What happens?

Persons A, B, D, E and F commit an offence under Section 60A of the Criminal Code. They must go to jail for six months as a minimum and up to three years. Person C commits no offence.

If persons D, E and F are not on friendly terms and a fight breaks out, all six persons may be charged with fighting in public (the offence of affray). This offence was amended to carry a minimum penalty of six months jail and a maximum penalty of seven years jail. If this happens, persons A, B, D, E and F are liable to six months jail under Section 60A (association), a further six months jail under Section 72 (affray), and a further mandatory minimum of 15 years jail for being a participant in a criminal organisation. If any of A, B, D, E or F are an office bearer of a declared criminal organisation, a further period of 10 years imprisonment must be imposed.

So if person A is the Vice President of his club, person B is not and person D is the Sergeant of Arms of his club, then Person A and D do a statutory ‘minimum’ of 26 years in prison. Person B, E and F are sentenced to a ‘minimum’ of 16 years in prison. Person C is sentenced to a period of six months imprisonment. The Court has no power what so ever to impose any sentences other than these. This is the case even if person C started the whole thing.

Person A, B and C are going to have a BBQ. Person A is the Vice President of a club. Person B is a life long friend of person A and has been to the clubhouse three times for a social drink. Person C is a school teacher. They need a gas bottle for their BBQ so all three get in to person C’s car and drive to 11 Fordham Street Albion.

At the clubhouse, all three go to the backyard and retrieve an empty gas bottle which is to be taken and filled. Person A and B commit an offence under Section 60B of the Criminal Code and must serve a minimum of six months in prison. Person C commits no offence at all.

If they leave the clubhouse and person A drives the motor vehicle, runs a red light and is chased by police then he suffers the following:
A fine of 100 penalty units or 100 days imprisonment (Section 754 of the Police Powers and Responsibilities Act;
A charge of dangerous operation of a motor vehicle under Section 328A of the Criminal Code and consequent periods of imprisonment;
As a member of a declared organisation a mandatory period of a further 15 years in prison;
Person C’s motor vehicle gets impounded and then crushed.

Person A is driving person B’s motor vehicle. Person B is a member of a declared organisation and the motor vehicle is registered to him. Person A is not a member, nominee, prospect or hang around. The police can (Section 29 of the Police Powers and Responsibilities Act) stop the car, detain person A, search them and hold them without a warrant if they suspect person A is a participant in a declared criminal organisation. If the police do not believe person A when he states his full and correct name, they can hold and detain him until such time as they can confirm his identity.

The Laws in relation to ‘additional imprisonment’ apply if you commit an offence at the time of being a ‘participant’. It is not all offences, there is a list of them, however it covers a greater percentage of common offences such a affray, riot, prostitution offences, assault occasioning bodily harm, serious assault, rape, kidnapping, stalking, stealing, robbery, extortion, burglary, receiving tainted property, and almost any drug offence and money laundering. If you commit any of those offences and at the time of committing the offence and are proved to be a member or associate of a criminal organisation you are declared a ‘Vicious Lawless Associate’. This brings in the 15 years cumulative imprisonment without parole for being a participant and a further 10 years (in other words 25 years) if you are an office bearer.

An offence of murder committed by a participant in a declared organisation would see a person sentenced to an absolute minimum non parole period of 35 years for a member or 45 years for an officer bearer.

There is now a presumption against granting bail for anyone charged as a participant (member, hang around, associate). This applies whether you are charged with a criminal offence (eg. an assault), a simple offence (possession of tainted property) or a regulatory offence (shoplifting).

If you are granted bail you ‘must’ surrender your passport. There is no longer a right to bail. We are of the view that is unconstitutional and unlawfully discriminates against a group of persons who, at the time of being charged, can only be presumed to be not guilty.

In his opening statement to Parliament last night, the Premier indicated the Government had the intention of shutting motorcycle club members out of tattoo parlours. The legislation suggests that owners or artists must obtain a license or permit to conduct their business. They are subject to a ‘fit and proper person’ test.

The Attorney General then told Parliament that the Tattoo Parlours Bill introduces a licensing regime for body tattoo parlours and tattooists. He said the first phase of this legislation will ban members of criminal organisations from owning, operating or working in body art tattoo parlours.

The licensing scheme for the tattoo parlours commences on 6 January 2014. The compliance with the new laws commences 1 July 2014. In other words you have until 1 July 2014 to obtain the relevant permits and licenses.
The Government can’t stop someone from earning their livelihood in this way. The mere membership of a club ought not determine whether you can earn a living or not. This issue should be challenged.

In summary, our best advice is, as always, don’t make admissions to police. Assume they are recording every conversation, including in jail cells.

A person should not admit, say, claim or boast that the person is a member or associated with, or an office bearer of any of the declared organisations. Do not say that anyone else is a member or office bearer either.
We expect police to immediately start serving notices to attend at the CMC to answer questions. If this happens to you, or anyone you know, legal advice is imperative. The CMC has even greater power now than ever before, and terms of imprisonment and immediate detention can occur.

These new laws attempt to prevent weekly meetings, club runs, charity events and tattoo shows for the time being, and until they are properly challenged in court by specialists in the area.
We remain available at your convenience to assist with advice and representation.
ANDREW BALE (Accredited Specialist, Criminal Law)

IT WOULD seem that the Queensland Government, the Queensland Police and ill-informed solicitors are maintaining the state of panic and perpetuating misinformation surrounding these new laws.

The wearing of colours in public, on your own or in company with one other person (in colours, a member or hang around), is not an offence.

We assume they are trying to suggest that wearing colours means you are recruiting others to become members. This cannot possibly be right.

In order for a prosecution of someone under these new laws to be successful, the Prosecution must prove two things: ‘At the time’ of committing the offence, the person was a member, associate or hang around; and the offence was committed in furtherance of the object of the club, in other words that it is ‘club business’.

There is nothing in the Act which says how that evidence can be put before the Court. It would need the person charged to ‘admit’ to arresting police that they were: a member of the club (or hang around etc); and that they were on club business.

We look forward to challenging these laws. We look forward to protecting the interests and rights of all of our clients.
We also advise that it is clear that the Government, the police and other ill informed people want to see club members charged and paraded in front of the media to show the laws are working. We cannot see how they will work.
We hope this provides some clarity for you all in relation to the actual mechanisms of these new laws in relation to the Vicious Lawless Associate Laws. 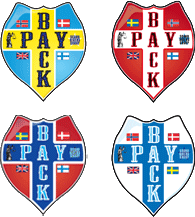 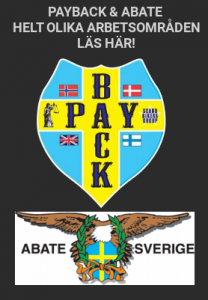